Dow Theory lays the basic foundation for modern-day technical analysis. Its premises underpin the very study of market action analysis and have withstood the test of time. In this chapter, we shall be discussing the basic assumptions of the Dow Theory and its relevance in today’s markets.

Charles H. Dow is credited for much of the early work that led to what is known today as Dow Theory. Dow’s successor, William P. Hamilton, carried on developing and organizing much of Dow’s original early writings, which included the Wall Street Journal editorials that were published around the beginning of the twentieth century.

There are six basic tenets of Dow Theory, namely:

In addition to the six basic tenets, only closing prices are recognized in Dow Theory.

Dow Theory Principle #1: The averages Discount everything (pricing in Information)

Figure 1.1 depicts that the prices increase before May 16th 2014 when the results of the election were declared. The Bharatiya Janata Party (of the NDA) achieved an absolute majority with 282 seats out of 543, 166 seats more than in the previous Lok Sabha. Its PM candidate Narendra Modi took office on 26 May 2014 as the 14th prime minister of India.

In short, the market action is the sum of all participatory activity, based on the aggregate of the participants’ beliefs, biases, personal predilections, as well as future expectations. Price is the ultimate reflection and embodiment of everything knowable. As such, the technical analysts need not concern themselves with the causes or circumstances giving rise to various market action, but only with the effects of the underlying causes.

The second assumption of Dow Theory is that the market comprises three trends. The market is believed to express itself as three distinct trends, namely:

In Dow Theory, an uptrend is defined primarily as successively higher peaks and troughs. A downtrend is defined as successively lower peaks and troughs. Notice in Figure 1.2 that the appearance of a lower high in an uptrend may represent an early indication that the uptrend may be coming to an end. In Dow Theory, an indication of a trend continuation or reversal is signalled by the penetration of a previous peak or trough. As such, one of the main criticisms of Dow Theory is that buy and sell signals arrive too late, usually missing out on one‐third or more of the entire trend. According to Dow, it is more important to participate in a primary bull or bear trend once it has been confirmed or once it proves that it has the strength to penetrate old peaks or troughs. Dow believes that losing out on some potential profit for the added safety of participating in a con-firmed trend is well worth the sacrifice. It should also be noted that all investment and trading decisions are based strictly on the primary trend alone, except trading lines that may form from the daily price fluctuations.

It should be noted that if trends are defined via trendline violations rather than by the successive sequence of rising or falling peaks and troughs, there may be some discrepancies between exactly when a change in trend actually occurs, especially when different chart scaling is employed. Logarithmically scaled charts tend to give earlier trend change signals since uptrend lines are violated sooner. Conversely, arithmetically scaled charts tend to give slower trend change signals as uptrend lines are violated much later.

The Secondary Trend or Reaction

The secondary trend is also referred to as the secondary reaction because it moves or reacts in the opposite direction of the existing primary trend. It usually lasts from weeks to approximately three months, and frequently slightly longer. It is sometimes referred to as the waves on the tides. The secondary reaction usually retraces from one‐ to two‐thirds of the primary trend’s range. Any retracement or correction beyond two‐thirds on high volume usually signifies that the secondary reaction may in fact be a new primary bear market. It is important to note that Dow Theory also stresses the importance and psychological significance of the 50 per cent retracement level, a view shared by another prominent technician, W. D. Gann.

The minor trends are not regarded as important in Dow Theory. In fact, in the book, The Stock Market Barometer, it is mention that “The stock market is not logical in its movements from day to day.”Minor trends usually last from days to weeks. They are sometimes referred to as the ripples on the waves. Under Dow Theory, the day’s erratic fluctuations represent market noise and no investment decision should be based on such erratic activity, with the exception of lines being formed. Lines are simply narrow horizontal ranging formations on the daily chart. They are usually formed in anticipation of some significant news or economic announcement. These narrow consolidations usually result in strong breakouts. Dow Theory recognizes lines as potentially profitable formations, even though they are essentially regarded as minor trends.

We see that each of the three trends is defined by its duration and extent. We shall now look at primary trends in a little more details.

Primary or major trends have three phases. A primary bull or bear market consists of the following three phases:

Accumulation normally occurs after a deep and rapid decline in prices following companies releasing very negative data. The uninformed market participants are usually extremely bearish at this point, selling off whatever shares they have left at any price available. The better-informed market participants start accumulating shares at extremely cheap prices. The accumulation phase normally lasts longer than the distribution phase due to less capital and profit at risk. The trend phase consists of the uptrend and downtrend phase. The uptrend phase is driven by market participants expecting higher prices after an accumulation. The initial general sentiment tends to be slightly less bearish. The public begins to participate as rising prices becomes more obvious and as more bullish news is reported. At higher prices, margin debt starts to increase as the public scrambles to invest in the rapidly rising market. The uptrend phase tends to last longer than the downtrend phase due to less capital and unrealized profit at risk, at lower prices.

Distribution normally occurs after a prolonged and rapid rise in prices. Companies tend to outperform and most media and news headlines are extremely bullish. The uninformed market participants tend to be extremely optimistic, buying up whatever shares are available in the market at any price, normally referred to as being in a state of irrational exuberance. Margin debt is at extreme levels. The smart investors continue to liquidate shares in a very gradual manner during the distribution process, again careful not to drive down prices too rapidly so that they may continue to sell at the higher prices. The distribution phase is normally shorter in duration than the accumulation phase, due to the larger amount of capital and unrealized profit at risk at higher prices, at the top of the market. See Figure 1.6. Also, the longer the accumulation or distribution lasts, the greater will be its subsequent breakout move.

Principle #4: A Trend Persists Until Its Reversal Is Indicated

In Dow Theory, a trend is assumed to persist until there is evidence to the contrary. Trend changes are identified by the penetration of a previous significant peak or trough. Therefore, unless prior support or resistance level is breached, the trend is assumed to be still intact. See Figure 1.8.

There are basically three types of reversal formations that will signal a change in the direction of the existing or predominant trend, namely:

The term failure swing was first used by Welles Wilder in his book, New Concepts in Technical Trading Systems when describing the oscillator swings on the relative strength index (RSI) indicator. The three basic top reversal formations are illustrated in Figure 1.9. A breach of prior support signals a potential change in the direction of the trend. It also represents a technical sell signal. Note that the non‐failure swing formation provides a more conclusive sell signal at the penetration of the second or lower support level, rather than at the first higher support level. This is because the formation was still in the process of making a higher peak, so more evidence is required to ascertain that a potential trend change is indeed on the way. Nevertheless, many traders use the first higher support level to scale in or out of some positions, with the remainder of the position scaled in or out at the breach of the second lower support level.

The three basic bottom reversal formations will be exactly opposite of above bearish reversals.

Principle #5: The Averages Must Confirm One Another

In Dow Theory, there is a requirement that both the Industrial Average and the Railroad Average must extend beyond their secondary peaks for a trend to be established, that is, the trend in one average must be confirmed by the other average. When we interpret this theory in terms of Indian Stock Market we can say that the sector chart, as well as the stock chart both, should confirm the trend.

The concept of confirmation may also be applied to closely correlated markets. We observe that the change in trend in silver was not as yet confirmed by gold, a closely correlated market. This may be viewed as either a bearish signal for gold or a bullish signal for silver. A penetration of gold’s support would generally be a bearish sign for silver.

Principle #6: Volume Must Confirm the Trend

Principle #7: Only Closing Prices Are Recognized

In Dow Theory, only closing prices are recognized. This means that regardless of how large the high and low price excursions may be on any one day, only the final closing price will be used. Furthermore, it does not matter how minuscule the amount that price closes above or below the previous day’s closing price.

As we have seen, Dow Theory forms the basis for much of technical analysis in the twenty‐first century. Although technical analysis has evolved significantly since Dow’s time, many practitioners still regard the basic application of Dow Theory as one of the most reliable approaches in determining and confirming the existence
of a trend. The incorporation of the concept of market phases and volume confirmation within Dow Theory has also significantly impacted the way investors and
traders participate in the market, more than a century after its introduction.

One thought on “What Do You Mean By Dow Theory?” 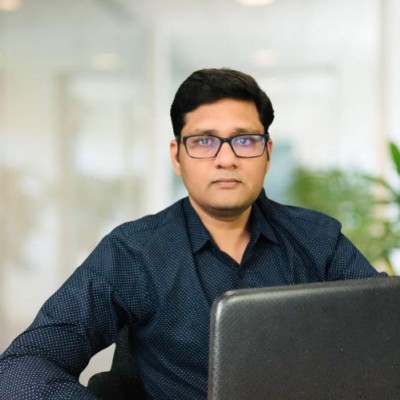